Many operating systems are configured by default to enable good performance on low-latency high-bandwidth links, such as data centers and corporate LANs. For example, with Gigabit Ethernet (1 Gbps) 1,500-byte packets can be sent at a rate of approximately 81,274 packets/sec. At this rate, a buffer of 1,000 packets represents a delay of ~12 ms.

However, at low bandwidths, such as the 1 Mbps upload speed offered by my home ISP, a 1,000-packet buffer would represent a massive 12,000 ms delay. Worse still, by the time the tail of the queue is reached, it is unlikely that those packets still need to be delivered, since the users that sent them have already retried or given up.

Traditional QoS (Quality of Service) systems use packet metadata such as port numbers and TCP flags to identify high priority traffic. For example, an administrator can prioritize SIP traffic on port 5060 for VoIP calls or reserve bandwidth for TCP ACKs. However, these systems are complex to administer and are difficult to mantain as applications and requirements change. Additionally, these systems are becoming less relevant due to the increasing amounts of opaque traffic transported over HTTPS and VPNs.

Home internet connections exacerbate the bufferbloat problem due to having asymmetric links with low upload bandwidths in addition to poorly configured modems. Home users also have increasing amounts of data being uploaded, such as photos, video conferencing, and security cameras.

CoDel (Controlled Delay) is an Active Queue Management algorithm that drops packets based on delay rather than queue length. FQ_CoDel (Fair Queueing Controlled Delay) combines CoDel with fair queueing to share bandwidth between flows. CoDel was introduced in a 2012 publication, Controlling Queue Delay. The initial Linux implementations of sch_codel.c and sch_fq_codel.c were committed soon after.

Although CoDel is designed to be a "no-knobs" algorithm, tuning is required for low-bandwidth links. For example, at 1 Mbps transmitting a 1,500-byte packet takes ~12 ms, so the CoDel target should be increased from the default 5 ms. Additionally, the Bufferbloat Wiki recommends disabling ECN for uplinks less than 4 Mbps.

The simplest implementation is to create a single HTB bucket with FQ_CoDel on the "WAN" interface connected to the modem. The rate limit must be lower than the available upload bandwidth (~95%) to ensure that packets are not buffered by the modem, however you will have to experiment to find the right value for your connection.

If download shaping is required, you can use a similar configuration on the "LAN" interface connected to your home devices. Download bufferbloat is a complex subject and will be discussed further in a future article. Usually you will have to use a significantly lower rate limit for downloads (~85%). If you have significant download traffic originating from the router, you may want to consider ingress shaping with an ifb device instead.

Some users may want to perform additional shaping by creating multiple HTB buckets with different rate limits and classifying packets using nftables, iptables, or tc filters. There are many examples of these kinds of configurations, however I do not think it is necessary for most use cases.

Alternatively, you might want to consider using CAKE, which adds interesting features such as pre-configured priority queues, fair queueing across LAN hosts when using NAT, and ACK filtering. However, I prefer to keep things simple and this seemed to add significant complexity.

One way to test your configuration is to run ping while saturating your bandwidth (e.g. uploading a large file). If you are suffering from bufferbloat, ping will show significant delays and drops. I also recommend the DSLReports speed test and Fast.com speed test because they include tools for measuring latency.

Here is an example of running ping while saturating a 1 Mbps upload connection:

Based on the observed 3,000 ms delay and assuming a FIFO queue we can estimate that the modem transmit queue length is ~250 packets.

After implementing traffic shaping with FQ_CoDel, ping shows an improvement: 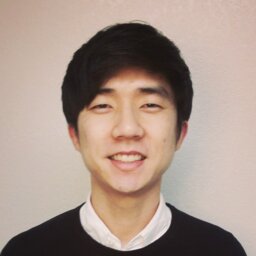 Ben co-founded Instics and writes about systems and networking.